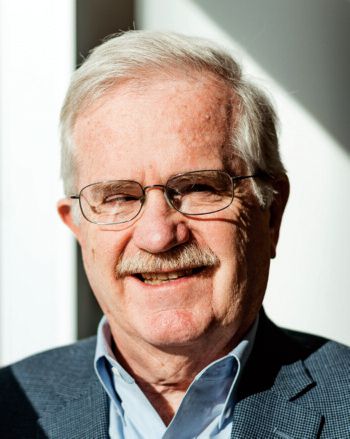 Bob Gregory has spent more than three decades in urban and community development, and has a significant amount of "experience in developing, building and revitalizing neighborhoods and districts in Detroit, including residential, commercial and public areas."

"Public spaces, parks and plazas have been a key element of the work I have done. They are the critical elements that create the public face and space to real estate projects, which, if done successfully, result in great communities and cities," said Gregory, who is the chief planning and parks and public spaces officer for Downtown Detroit Partnership (DDP), which, in collaboration with the city of Detroit, has been a leader in creating, programming and managing downtown Detroit's transformational public spaces and urban parks.

"My involvement with public spaces and parks really began with my work at General Motors, which involved both corporate public spaces and internationally recognized major neighborhood revitalization efforts surrounding GM's world headquarters," Gregory said. "The success of my work at General Motors, and the extensive revitalization efforts around its former world headquarters in Detroit's New Center area, led me in 2000 to my position as Chief Planning and Public Space Officer at the Downtown Detroit Partnership (DDP).

"As the founding president of the Detroit 300 Conservancy, I led the effort in 2004 to create the internationally recognized and awarded Campus Martius Park, Detroit's signature and premier public space located in the heart of downtown," he said.

Campus Martius Park serves as the centerpiece of downtown Detroit. In November 2004, the park and central square opened, and has continuously attracted millions of visitors and spurred more than $2 billion in economic development.

Gregory has spent the majority of his career in the "planning, creation and building of real estate projects, both big and small, where I have been able to see the fruits of my efforts in real life on the streets and in the community."

Among the most rewarding experiences in his career, Gregory said planning, creating and managing public spaces, and in particular, creating Campus Martius Park.

"Every day, I can see thousands of people enjoying, using and interacting in that space. The transformative success in terms of both social and economic development is priceless," he said.

At the DDP, Gregory is responsible for the organization's planning and public space initiatives, including the nationally recognized downtown Detroit placemaking activities of seven public spaces and the planning, programming and management of Beacon Park, which is a new signature downtown space that was created and opened in 2017 in partnership with DTE Energy. In addition, Gregory has led the DDP team for the creation of the Greater Downtown Transit Oriented Development Plan, which resulted in the QLINE streetcar system and the Downtown Detroit Business Improvement Zone (BIZ).

When asked what his goals are in his current role at the DDP, he said, "With the help of the outstanding team at DDP, my goal is to continue envisioning, developing and managing our public spaces so that they are consistently performing at a top 10 level in the country. We need to be responsive to our guests, partners and stakeholders so that these public spaces can continue to play their critical role in the momentum and ongoing revitalization of downtown and the city."

"I find people watching fascinating. I like to understand what captures their attention in public spaces. I spend as much time as work allows sailing and being on beautiful Lake St. Clair and the Detroit River," he said. "I have been an active sailboat racer, competing in both casual weekday racing and highly competitive long-distance open water races like the Bayview Port Huron to Mackinac Race."