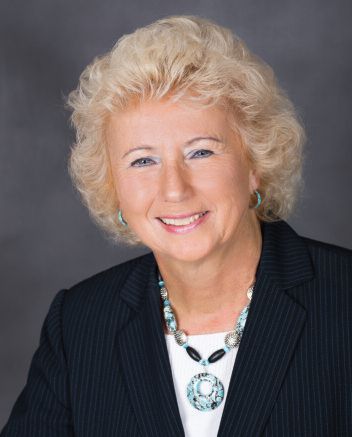 Fran Mainella began her career in the recreation industry as a summer playground counselor working her way through college. "This was in Groton, Conn., where I grew up. I never knew then that I would make park and recreation my career, but knew I loved being outdoors and encouraging play for children. I am so proud to have experienced all levels of parks and recreation, and achieving the top position as the National Park Service Director," said Mainella, who served as director of the National Park Service from 2001 to 2006 and was the first woman to hold that position.

She also believes that being in scouting was helpful in enhancing her love for play and the outdoors. "I think it helped me know that [a] woman could be in the outdoors as well as men," she said. "Never did I know I would be the first woman to head the Florida and National Park Services. Thank you to the Girl Scouts!"

When asked about her accomplishments, Mainella, who also is president of Fran P. Mainella Consulting LLC, said she believes there were a few. "First was that I was NPS Director during 9/11 as our country was attacked. Our parks were threatened, but also they served as refuges during stressful times. I became the first director to have an explosive expert on staff. It was important that our parks stayed as a safe and peaceful place for all to visit," she said.

Another major accomplishment was the increased value placed on the concept of partnerships. "It was more important than ever to know we needed to work beyond our boundaries and with others if we were to be successful," she said. "For the first time, an Associate for Partnership was created that was an SES position reporting to the directorship and part of the National Leadership Council.

"Another was a system of inventory and analysis of our maintenance backlog [that] was developed using a new computer system and other tools. Prior to that, we had knowledge on a park-by-park basis, but not a system-wide understanding," she said. "This was critical to better understand and address the large maintenance backlog for NPS."

Currently, Mainella is co-chair of the U.S. Play Coalition, which she co-founded in 2009 at Clemson University, at which she also has been a visiting scholar. "Dr. Brett Wright and many of our steering committee [members] of the coalition realized from Dr. Joe Frost and others of the play deprivation crisis underway worldwide," she said. "This helped me better understand why the park visitation of national and state parks had been decreasing over the last few decades. Technology and the decline in recess were just a few factors."

So, "We decided that we needed a vehicle to help us promote play as a valuable and necessary part of a healthy and productive life. Thus, the U.S. Play Coalition was founded. It is housed at Clemson, but it is an international organization that works to develop partnerships to promote the value of play throughout life," Mainella explained.

The annual conference on the Value of Play is a main tool to do this. The 2018 conference on "the Many Faces of Play" will be held April 8 to 11 at Clemson University.

"Also, our website and social media promotes the mission as well. Other online training, like the play facilitation, is another tool we use. My role as co-chair is to work with fellow co-chair Dr. Brett Wright and our executive director and steering committee to achieve our mission," she said.

During her free time, Mainella said she enjoys hiking, swimming, golfing, looking at the night skies, and so much more. "I can do it alone or with others, which is so important for play," she said.

In terms of advice she would give to those just beginning their recreation careers, Mainella said she stresses to her students to get out and get some experience, even if means being a volunteer. "Develop your contacts and record them, and you will use them again. Keep the record updated; stay updated on trends in the world, and understand their impact on recreation and play," she said.

"Always be willing to inconvenience yourself in order to achieve your goals, but keep your values in place. Trust and character are critical for success in all you do," she added. "Finally, have fun with recreation and continue to love it, so you can help others do the same."