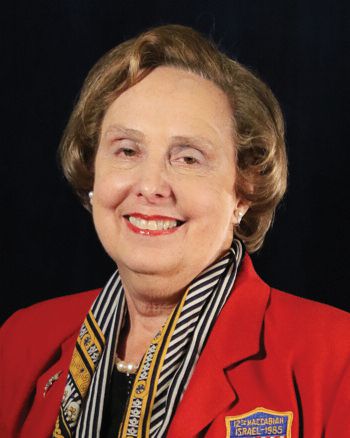 Dr. Jane Katz is a bundle of energy and positivity. She's taught thousands of people how to swim, starting in 1964 at the City University of New York (CUNY) and since 1989 at John Jay College where she's a professor in the Department of Health and Physical Education.

She's also taught kids and adults the benefits of swimming at many other venues around New York City. "At the age of 7 I knew I wanted to swim, and teach swimming for my life. Fifty-five years later I'm still teaching it," Katz said.

About 10 people drown every day in the United States, and three of those are children, with a disproportionate number of those kids being minorities or coming from low-income households. And those are the individuals that Katz wants to reach most. "It's a shame because there's no reason for that. I think it's time for the age of enlightenment. We're in the 21st century with so many things that are so advanced, and yet when someone suffers that experience they're terrified, they won't go near the water."

Katz grew up in a Jewish community on New York City's lower east side. "When I was a kid it was pretty basic; I couldn't wait to get out of the neighborhood. And now it's so much nicer, you can't get in," Katz chuckled.

When her engineer father was a boy, he had a near-drowning experience, and someone who was a good swimmer saved his life, inspiring him to become a good swimmer. He joined the CUNY swim team, and eventually started training kids to swim, with a young Jane tagging along. "For my father, that's where it all started. He'd teach kids to swim at the local parks department pool. We would buy boards and break them in half, because they didn't need a big board. And I was seven years old, teaching kids my age to swim. I had already started swimming in local meets that the newspapers would sponsor."

Since there was no girls swim team in high school, Katz trained with the boys. "Some of them were smaller than me. I'd let them win, sometimes," she joked. "But where would you swim? There was no place to go, there were no scholarships, no diversity opportunities."

After college, Katz knew where the free public pools were, because she'd trained there herself. So she started training others, often being the only Caucasian person in the pool. "I come from a very diverse background, and I always say I have my ID with me all the time: inclusion and diversity. And that ID is part of my DNA, and we're finally coming to a realization that everyone should learn if they have the opportunity, and that wasn't always the case."

At the 1964 Olympics in Tokyo, Katz was a member of the U.S. Synchronized Swimming Performance Team, helping to pioneer the acceptance of synchronized swimming as an Olympic event. She's been honored by the Federation Internationale de Natation Amateur (FINA) at the Sydney Olympics and the International Marathon Swimming Hall of Fame at the United Nations. She received a Lifetime Achievement Award from the President's Council on Fitness, Sports & Nutrition in 2014 and many more awards too numerous to mention. She's also published many books, videos and articles on swimming.

Katz still competes, and in Israel in 2017 she marked her 60th anniversary of participating in the Maccabiah Games by winning four gold medals, eight in all. At the 2018 Pan American Master Championships in Orlando she captured two gold and four silver medals in the 75-79 age-group.

So what does Dr. Jane do in her spare time? Well, she said she can dance anyone under the table, and she loves music—playing the violin when she was younger. "And I enjoy painting—mostly watercolors. Whatever I paint, there's water in there."

But her biggest passion is still teaching. She helped create the Kids Aquatic Re-Entry Program (KARE), working with the Juvenile Justice Department to help troubled youth. "Because most of these youngsters didn't have a normal upbringing; they didn't have a family intact." She also started "W.E.T.s 4 Vets," a program for returning veterans to help them reintegrate into civilian life through Water Exercise Techniques. She's a big proponent and innovator of water aerobics and water therapy, and loves to work with seniors, pointing out that many of the women never learned to swim because they weren't allowed to. "It's priceless," Katz said. "They just smile and laugh with joy when they learn to float for the first time. If you've ever seen that, you can't buy that."

When told that all her endeavors seem like a lot of work, Katz just laughed. "It keeps you off the streets, if you live in New York." Reflecting on her father's work, she said, "He would always say, 'Later days, pass it on.' Well, I'm 75 and I'm still doing it, and it's an honor to be able to do it."