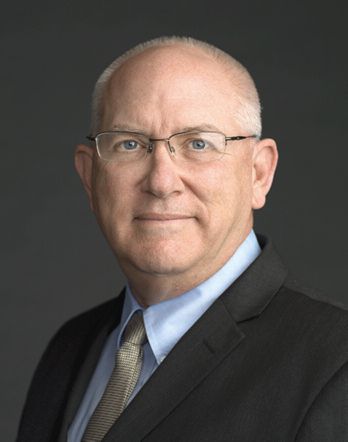 Rod Tarullo knew he wanted to be in parks and recreation from his early teenage years.

"When I was in high school, I walked to and from school through a park. The municipality (Boulder, Colo.) built a recreation center in the park. I watched the entire construction process almost every day. As the building came out of the ground and was completed, I came to the realization that there were going to be people working in this awesome new facility, which had an indoor swimming pool and gymnasium. The thought of working in such a fun environment appealed to me, and my course was set. I have never looked back," said Tarullo, who is the director of Parks, Recreation and Golf in Golden, Colo.

When asked about what he considers his greatest achievements, Tarullo said that throughout his career, "it has been an honor to receive recognition for many achievements and awards." Those awards have ranged from the Outstanding Young Professional Award from Wyoming Recreation and Parks Association to the Fellow Award from the Colorado Parks and Recreation Association.

"I have been the director of two different agencies that won the National Gold Medal. In 2009, we became the first municipality in Colorado to receive CAPRA accreditation. While I cherish these accolades, I consider the greatest achievements of my career to be the thousands of smiles and sounds of laughter I have seen and heard from individuals and families participating and enjoying our parks, programs and recreational amenities," he said. "To observe the good we do on a daily basis, touching people from all walks of life in positive, uplifting ways is the best achievement of all!"

Tarullo also talked about his goals as director of parks and recreation. He said he wants to:

As far as his personal interests in recreation, Tarullo said that he has a large family and loves to "spend time with kids and grandkids."

"We have had quite a number of 'playground inspectors' grow up in the family!" he said. "I also love to ruin good walks by having a golf club in my hand."

Outdoor recreation programs that are offered through the city's parks and recreation department include adult softball, basketball, kickball, and volleyball leagues and tournaments; tennis lessons and tennis teams; youth summer track and volleyball; and youth soccer, baseball, flag football and lacrosse, to name a few.

Other activities and attractions that are offered include Splash Water Park, Clear Creek Whitewater Park (built for canoeing and kayaking), Clear Creek RV Park, Fossil Trace Golf Club, Tony Grampsas Memorial Sports Complex, Ulysses Sports Complex, as well as trails for hiking and mountain biking. In addition, the city boasts 402 acres of open space and maintains 253 acres of parks within the city itself.