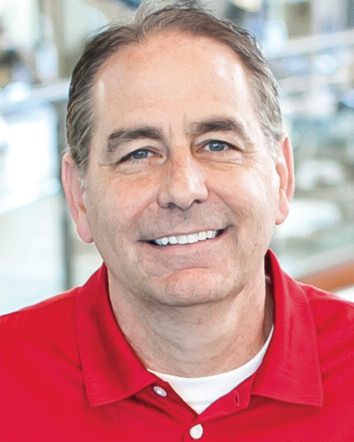 Scott Henderson's career in parks and recreation came as, he said, a "collision of experience and interests."

His early adult recreation experiences focused on playing sports with friends in basketball, volleyball and softball leagues. "These were not just activities for me. The programs also provided the major social experiences and memories in my life," said Henderson, who is the current director of Provo Parks and Recreation in Utah. "I have moved, with this same group of friends, family and some additions to golf, tennis, walking/running and travel. I truly have developed a love for golf, but it hates me!"

Throughout college Henderson worked summers at his hometown's (Great Falls, Mont.) parks and recreation department in parks operations, and during the school year as an intramural supervisor and YMCA shift supervisor. "I already had a major interest in sports and recreation, so the idea that 'You can make this a career?' became very attractive," he said.

Henderson's first full-time job was as recreation coordinator with the hometown department for which he had already worked. "The quote, 'Love your job and never work a day in your life,' is very close to the truth for me," he said. "I enjoy the fact that every day at work is spent making your community better, either from a beautiful natural setting or a well-run program or facility."

Now, as director of parks and recreation, a role that he officially took on in January 2016, Henderson's goal is, and always has been, to provide the best parks and recreation services to the citizens of Provo. "If you get past the paradigms that limit your effectiveness, then the goal of being the best becomes that much more logical. What does the best neighborhood park look like? How is the best ice arena operated? These are the questions we ask ourselves constantly in evaluating our products and services," he said.

"We were not always operating out of great facilities, but a commitment to constant improvement toward a final vision made it all possible," he said. "Don't accept anything less than the absolute best and, if you are not there yet, then keep pushing for changes until you reach your quality goal. Most of all, realize that the process of high achievement never has a finish line."

Before his current role as director, many unique opportunities came Henderson's way during his career. He has been the lead staff member on aquatic models including a surf simulator, construction of an arts center, a $39 million recreation center funded from a general obligation bond, transition of a 2002 Olympic ice arena to daily use, and passing of a local recreation/arts/parks tax to fund system upgrades.

Henderson also has taken the opportunity at local public meetings and parks and recreation conferences to communicate the concept of efficiency in delivery of government services. "The success stories we are seeing in Provo are most certainly unique, and many visitors have come to see and inquire about the best practices we have created. We stand ready to be a partner in anyone's success story," he said. "I work with the most talented staff and they have my highest respect. I feel it is easier to supervise a mediocre staff, but a next-level staff requires consistent challenges and higher standards to keep them engaged."

When asked what advice he would give to someone just starting out in the industry, Henderson said to keep working consistently in the field where you want to make a career. "The knowledge and experience at work, along with education, creates a portal to success. Too often professionals get their degree without any level of experience working in the actual profession. Prove your success in the work and in the classroom, and you will erase any doubts about you being the right person for the job," he advised.

"Develop diversity in your experience. Gain a background in sports, aquatics, facility management, fitness, parks design and maintenance. There are many internships, classes, workshops and certifications in these areas," he added. "Take advantage of them all. List them on your resume. It shows you have a passion for this career field from the start. Almost without exception, I always hire the most enthusiastic candidate during recruitments because I know they will put in the work and effort to be a success and take the organization to new levels."

As far as trends in the industry, Henderson stressed that "Efficient use of funding is something that all parks and recreation departments should be leaders in. If parks and recreation departments are the leaders in efficiency and effectiveness, then we have a chance to solidify our position amongst valued government services. We should publicly celebrate our success stories and educate the public on the positive impacts we have on our communities," he said. "Highlight dynamic specifics on program or facility attendance, along with ideas implemented in your department to become more effective."

He added that parks and recreation need to, and should, win the public relations contest when the allocations of resources are determined. "Local government funding is becoming tighter and tighter," he said, "so we need to manage these resources to give municipal leaders a confidence that funding directed to parks and recreation is the best value for delivery of services."