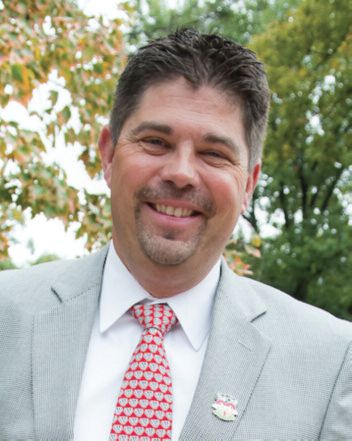 Brian Zimmerman's entry into the field of recreation began with an undergraduate education, having studied agricultural science-soils at the University of Wisconsin-Madison.

"I've had an almost 15-year career in the industry that includes a wide variety of opportunities and experiences, which have helped shape the results we've seen at Cleveland Metroparks," said Zimmerman, who is the CEO of Cleveland Metroparks in Ohio.

Along the way, he never shied away from hard work and never said no to an opportunity.

"This mentality helped broaden my experiences and expertise, allowing me to step into leadership roles during the time I spent working for the Milwaukee County Parks, Recreation and Cultural department," he said.

"That was a natural progression in my career after managing golf courses in both Wisconsin and Michigan," he said.

Recently, Zimmerman received the "Professional of the Year" award from the Ohio Parks and Recreation Association (OPRA) for excellence in leadership.

"It is such an honor and it took awhile to sink in. Seeing the list of previous recipients and being included among these esteemed, highly respected industry leaders is very humbling," he said.

"I am honored to lead a team that is passionate about our mission and I've worked to develop a culture that empowers our employees and welcomes innovative ideas. While I appreciate this honor, all that we've accomplished as a National Gold Medal Award winning park district couldn't be possible without the entire team at Cleveland Metroparks. It is because of the hard work and dedication of all staff that we are where we are today," he added.

Zimmerman also said the preservation of land could be one of "the greatest legacies we as a community have to those who come after us.

"That is why I am proud of the work we did to acquire beaches and property along the lakefront and transforming those areas into safe, clean and beautiful attractions for our community," he said. "As we enter our second century of stewardship, I reflect on our founder William Stinchcomb's vision of connecting parks to community and hope I can bolster that legacy."

He said it's time to look toward the next century and to focus inward toward Cleveland's city center and inner suburbs.

"By strategically acquiring nearly 750 acres of urban parks and working with partners to build expanded trail connections, the Park District continues toward fulfilling a goal of bringing park access to densely populated and underserved neighborhoods," he said.

"The next 100 years of growth will enhance the vast connections to communities large and small that generations before have built," he added. "As we make strategic decisions to continue evolving the Emerald Necklace, we want as many homes as possible to be within walking distance to the park district."

When reminiscing about his love for the outdoors, Zimmerman recalls some of his fondest memories being with his grandfather, who got him interested in outdoor recreation.

"I look at the parks and recreation industry, not only as a time and place to make connections with nature, but also with one another," Zimmerman said. "In the same vein, I appreciate that my son is picking up the game of golf, which I have a passion for as well. He enjoys getting up early and going out to play together. In our world, you try to take advantage of it all.

"There are countless hiking and cycling opportunities and more water activities on Cleveland's lakefront. The sky is the limit and I try to stay as active as possible," he said. "One recreation activity that I've been eager to try is stand up paddle boarding, but the classes are always full. I need to register quicker next summer!"

And, when asked what advice he would give to those just beginning their careers in the recreation industry, Zimmerman said: "Don't limit yourself. Become active in organizations in the community and volunteer outside of your comfort zone to expand your breadth of experience. Challenge yourself, put yourself out there and in return you will always keep opportunity knocking."