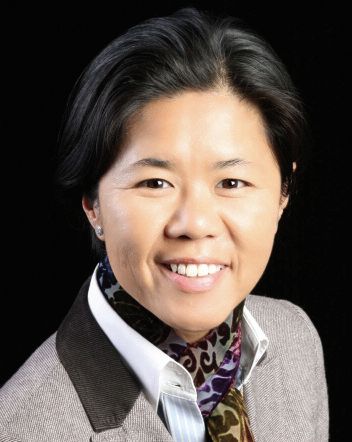 Kristyn Wong-Tam was raised in a working class, immigrant family where money was hard to come by.

"Although I grew up poor, I never quite understood my class status because as a child, I felt I had everything," said Wong-Tam, who is a second-term member of the Toronto city council, chair of the Disability, Access and Inclusion Advisory Committee and chair of the Toronto and East York Community Council in Toronto, Ontario, Canada.

"I learned to swim at our local recreation center, joyfully played until my heart's content in Toronto parks, and explored what seemed like unlimited public space on main streets and laneways. Today as an elected official, I reflect upon my childhood experiences as opportunities-opportunities afforded to absolutely everyone regardless of who they are and where they come from or how much money they have," Wong-Tam said.

"Public spaces and universally accessible recreation programs are social equalizers, and in the most diverse city that's not just a social privilege, I believe it to be a right of residency," she said.

When Wong-Tam took office in 2010, she inherited one of the most densely populated wards in Toronto.

"For all the wealth we generated for the city's general coffers with our massive commercial tax base and major employment center, ironically downtown Toronto was not getting its fair share of capital investments back," she said.

"Despite being the financial powerhouse in Canada, downtown Toronto is still classified by the city planners as 'park deficient' and it manifested itself in overused parks with failing infrastructure and inadequate maintenance," said Wong-Tam, who also was a panel speaker at the 2017 Active Living Research conference earlier this year in Clearwater Beach, Fla.

"City Park staff was literally run off their feet trying to deliver the service expected by residents while Toronto's political leaders imposed an austerity agenda forcing them to annually try to do more with less and less staff and resources. It was and remains unsustainable," she said.

Wong-Tam's first meeting with Toronto's City Planner was about city services and, in particular, parkland acquisition and how to work together to expand the park network to keep up with the historically high pace of development.

"That meeting was one of the catalysts that led to the current development of TOcore, downtown Toronto's pending new Secondary Plan. A planning document that will become our master plan for growth and prosperity for the next 25 years, and this is one of the most significant achievements during my time at City Hall," she noted.

"The second major achievement would be the creation of a new 1.6-acre park on Wellesley Street West, between Bay and Yonge streets. Our community fought tirelessly to secure that provincially owned land, originally measured at 2.1 acres. After years of advocacy and tough negotiations, our work was rewarded, and the new Lillian McGregor Park will be constructed and opening for anticipated community use in a few years," Wong-Tam said.

"I have committed my political authority to what we call in our office, the Park Renaissance for the ward," she said. "In essence, I actively take interest and intentionally invest in every single park by ensuring the capital parkland needs for the community are met. In the six years since my election, we now have under review, design or construction almost every single major park in the ward."

New playgrounds, skating trails, tennis courts, fields, clubhouses, ravine trails and more are being renewed. From College Park to Ramsden Park to Moorevale Park to David Balfour Park, every one of them is being revitalized through investments directed by community engagement.

"It's a lot work, but I am energized to get it done!" she added.

"I ran and biked along them as a child, and it remains one of my favorite activities. Our city is magnificent with a 46-kilometer shoreline along Lake Ontario and some of the most beautiful ravine settings in any major city," she said. "I discover new experiences there all the time and these natural landscapes need smart investments to make them even better and more accessible."