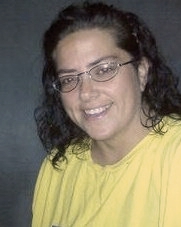 You might say that Shawna Levins' interest in the recreation industry was in her DNA. In the 1950s, '60s and '70s, her father, Jan Madrid, was a professional wrestler, whom she called "one of the industry's greatest and most flamboyant showmen."

"I think it was pre-ordained that I would somehow be involved with sports and recreation. Growing up in a small West Virginia town, I played every season's sport (football, basketball, baseball) with the neighborhood kids. Sports have always been a part of my life," said Levins, who works as a volunteer manager at the Fairfax County Park Authority's (FCPA) Spring Hill RECenter in Virginia and is the recent recipient of the Northern Virginia Association for Volunteer Administration (NVAVA) Sandra Lee Fitch Volunteer Administrator of the Year Award.

Around age 9, Levins wanted to play Little League baseball, but was not allowed because she was a girl. So, her mother gathered support and pursued financial sponsorship, leading the city council to grant permission to build a girls' softball field in the city park alongside two existing boys' baseball fields. As a result, the Oak Hill Girls Softball Little League was developed, which still thrives today.

Levins learned firsthand how recreational opportunities made available to everyone can make a difference in a child's life, the life of a community and in the lives of future generations.

"That experience taught me the art of being diplomatic, being persuasive to potential sponsors and with stakeholders and probably more importantly—the absolute difference one person can truly make," she said.

Levins' experience in recreation continued at Florida A&M University, where she pursued a degree in physical therapy. After entering a clay court tennis tournament in Tampa, and observing other activities there, such as racquetball, squash and camps, she discovered that recreation management would be a future endeavor.

"I knew this magical place of sports and recreational activity is totally where I want to be one day," she said.

After working in physical therapy for about two years, Levins pursued her passion to go pro in tennis, and ultimately landed a job on the Forest Meadows tennis staff in Tallahassee, Fla. She helped teach while she trained on their clay courts.

Today, as a volunteer manager at FCPA Spring Hill RECenter, Levins said she is extremely fortunate that she gets to create her own work.

"I'm always on the lookout for the next project and continuously seeking new educational opportunities to enhance my management strategies," she said. "The FCPA has allowed me to expand my wings and helped me to diversify my skill sets on a whole new level."

As the recipient of the NVAVA Sandra Lee Fitch Volunteer Administrator of the Year Award, Levins remembers attending her first NVAVA workshop in 2006 and being awestruck by volunteer managers from around the metro region, and what they were doing on a daily basis to better their communities and organizations.

"… For me, it wasn't about winning an award, but more about developing the type of career and impact that prompted my colleagues to entrust me with carrying on the ideals of the Sandra Lee Fitch legacy, and for that, I am profoundly, deeply humbled," she said.

In her free time Levins enjoys snowmobiling, especially in Colorado and Canada, and is an avid fan of boating and sailing in the Lakes region of New Hampshire, where she has summer camp roots. Besides that, Levins often can be found on the Fairfax County Park Authority mini golf courses with friends, and loves hiking and biking the trails of New England, especially in New Hampshire and Maine.

"I've developed much love for playing adult co-ed softball in the city league of Alexandria, Va.," she added. "Despite my being retired from playing comp