Franceen Gonzales' first job in the aquatic industry was cleaning pools at a local waterpark, which led to her becoming a lifeguard and then a supervisor. "I thought this would only be a summer job through high school and college. By the time I was a senior in college, I was director of operations and the owner would fly me from San Francisco to El Paso, Texas, every weekend between spring break and opening day to get the park ready. I remember taking one of my mid-term exams in my office … the professor faxed me the exam and three hours later I had to fax it back," said Gonzales, who is a board member for the National Swimming Pool Foundation (NSPF), and executive vice president, business development, for a Canadian-based company that designs and manufactures a variety of products for waterparks, including waterslides and water play areas. 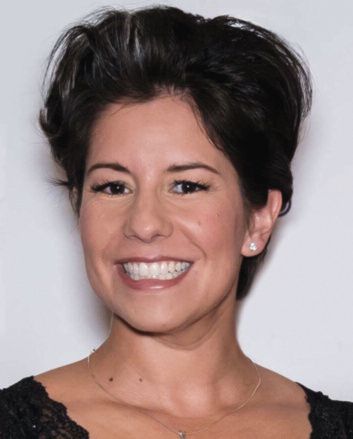 After college, Gonzales became a volunteer for the WWA during one of its shows. "I realized then that this industry was global and could be a career," she said, adding that she gave up her plan for medical school and stayed in the business.

One of her jobs was as a general manager at a park in Phoenix, and over the years, she has worked for family-owned businesses, publicly traded companies, companies funded by private equity and for inventors of products, as well as for family entertainment centers, waterparks, theme parks, hotel resorts, big brands and local parks and now for a designer and manufacturer.

"I've been through booms and recessions, through hostile takeovers and changing ownerships," she said.

Thirty years later, she is still in love with the industry. "I like that it is built on innovation. Not just rides, but innovation in everything," she said. "Training staff is innovative. Business models are varied. It is a collection of professionals from different industries each bringing strengths to this business. It's applying technologies and inventing new ones. In this business I've been able to reinvent myself several times working in various areas and wearing a lot of different hats. The variety of experience and working with passionate people make it easy to enjoy."

She also likes that there are areas in which she can challenge her mind and use her formal education of biology, chemistry and engineering.

And, "I especially love that I met my husband in this business and, although we have been working in different companies, he gets it. It makes for a very rewarding life to have a balance because he is part of my personal life and my work life, too," she added.

When asked about her accomplishments, she said probably one of her greatest ones is in getting a chance to build teams and develop people. "Although it is hard to measure accomplishment in this kind of thing, what matters is how I may have affected people on an individual level," she said.

"Just recently, Hurricane Irma was aimed right at my house. I had to go through all my belongings and collect my most precious things for evacuation. I found letters from some of my team members that were so personal and touching. Here, I was deciding if I should bring the award plaques I have from the industry, but instead I found myself packing these very personal letters of people thanking me for helping them become who they are."

"I have had teams go from having a drowning in their park to winning international lifeguarding competitions years in a row. Teams getting the highest rankings not just at one park but at all the parks under my watch; shy, introverted employees who became passionate emergency services personnel and coaches," she said.

And, she added, "Some that didn't agree with me when I put them in a different department so they would become well-rounded park professionals. Some have stayed in the business and some have gone, but what I am most proud of is seeing them successful in their work and their personal lives, partly because of what they accomplished while working with me."

In her free time, Gonzales said she loves to swim. "My husband knows that if we are in open water, he needs to keep an eye out because I will just keep going. I try to enjoy a pool whenever I can, but I'm not really one for lap swimming. I just like to play. I think it's a remnant from my childhood," she said. "My three sisters and I would go to the public pool and we would be the first ones in the pool and the last ones out. I'm still the same."

She also enjoys sports, in general, whether it's volleyball or tennis, or just kicking around a soccer ball.

"I have seven nieces and nephews and they know if we are all together, Auntie Franceen will be outside with them riding bikes, fishing, kicking a ball around, swimming, etc.," she said.