Mike Alpert's idea to open a health club came about years ago, shortly after he moved to Central Oregon from California. "One month after I arrived, my best friend and his family came to visit for the weekend, and on a golf course, I said, 'Let's build a club here in Bend, Oregon.' We had talked about doing this for about 14 years, but we just did not have the funds to purchase land and build while we were living in Newport Beach," said Alpert, who has been the president and CEO of The Claremont Club in Claremont, Calif., since 1997. The Claremont Club is a multi-use athletic, aquatic, tennis and social facility encompassing 18 acres, with a staff of 271 and servicing more than 10,400 members. 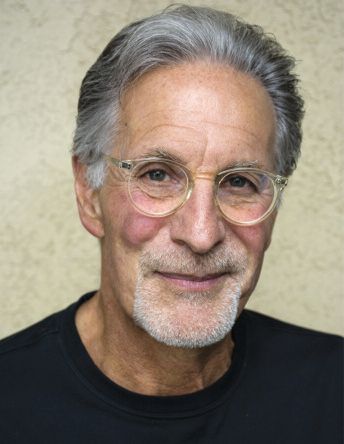 "Shortly after that conversation I had met the owner of a ski shop in town who agreed to let me share a desk in the loft of his ski shop where I began working on a business plan that eventually became The Athletic Club of Bend," he said.

"I presented my idea of building a multi-use athletic, wellness, aquatic, tennis, dining and social club and, on a handshake, Mike agreed to sell me eight acres of land in the commercial core of Mount Bachelor Village on which we eventually built the club," he said, adding that he also met Rick Caro who helped develop a true marketing and economic plan.

"Over the following year we put together a group of 'silent' partners; secured financing; worked with our architect on the conceptual and eventually working drawings, and hired and trained staff, and opened the club on July 7, 1991," he said.

In fact, when asked about one of his accomplishments as a recreation professional, Alpert said that "In Oregon it was certainly being able to see the birth of The Athletic Club of Bend and being involved with that process from architectural drawings to the actual construction to the day-to-day operation. During my time there, we began a program, Team USAble Oregon, for physically challenged children and I worked with a 5-year-old boy, Gabe West, who had Spina Bifida.

"The experience of working with him in our warm pool changed my life and set me on a course to help people who were challenged with chronic injuries and chronic illnesses," he said.

A few years later, Alpert moved back to California, eventually landing his current job as president and CEO of The Claremont Club.

Over the past several years, Alpert said he has been "blessed and humbled to be able to do presentations on Exercise is Medicine and the programs that have been developed internationally, including Israel, Italy, Spain and Ireland and in our country at IHRSA, Club Industry, REX Roundtables, California Clubs of Distinction, The Medical Wellness Association, The University of California, Riverside, Western University, The American College of Sports Medicine, Rotary International and several chambers of commerce."

"The goal," he said, "is always to inspire people to think about how they can use their core technologies and competencies to serve other human beings."

He also noted that City of Hope, considered one of the best cancer research hospitals in the United States, is doing "an IRB-approved medical research study on quality of life and metabolic measures on our Living Well after Cancer program, and Kaiser Permanente, the state's largest health care provider, is doing an

IRB-approved medical research study on our Cycling for Parkinson's program. And within the next couple of months, Kaiser will begin a study on our Spinal Cord program. This is truly huge for us and for our programs," he said.

He added that the business accomplishment he is most proud of is the "work we are doing to promote Exercise is Medicine and to help bridge the gap between health care and fitness; the work that we have been doing to help improve the quality of life and overall health of people who are challenged with chronic injuries and chronic illness. It has truly been life-changing for me, our managers and staff, our members and the communities in which we live and work."

During Alpert's free time, he works out six days a week with cardio and strength training, enjoys Pilates and "simply being outdoors."

When asked what advice he would give to those just starting out in the industry, he said, "You have to have a passion for serving others and you need to truly want to be on a 'team.'

"Be an extremely good listener and be a humble human being. Have a desire to help other people to improve their quality of life and think of how you can differentiate your facility. Think 'outside the box' and be willing to take calculated risks and be creative," he added. "Above all, enjoy and know that you are entering an industry that truly helps people live healthy, independent lives."