The Last Word with… Tom Lachocki 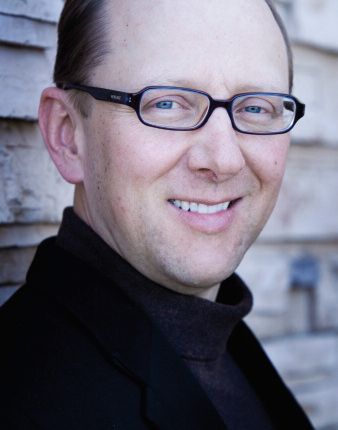 Tom Lachocki began his career in product development with one of the top manufacturers and marketers for residential pool and spa chemicals.

"We were developing products for public pools," Lachocki said.

Working as one of the leading scientists at BioLab between 1994 and 2003, Lachocki's involvement in the industry continued, having been supported to chair the Recreational Water Quality Committee and contribute as a member of the Technical Committee, Public Pool Standard Committee and Glossary Committee of the national trade association—then known as NSPI, which now is the Association of Pool & Spa Professionals.

He also became an instructor with the National Swimming Pool Foundation (NSPF) in 2000.

A few years later, the journey to becoming NSPF's CEO began in the spring of 2003 at a Technical Committee meeting in Key West. At the meeting, Lachocki learned that fellow committee member, Don Witte, had been invited to join the NSPF Board of Directors that fall, and submitted Lachocki's name to the headhunter for the CEO position.

Lachocki received a call from the headhunter asking him if he knew of anyone to recommend for the CEO position. He eventually called the recruiter back with some questions and the idea to recommend someone who was qualified for the CEO role.

At that time, Lachocki learned more about what the NSPF was looking for in a CEO—a candidate with a science background, educational experience and good business skills, all of which Lachocki had.

He eventually interviewed with the NSPF board of directors during an October 2003 meeting in Chicago. During the interview, he explained how the NSPF can "better mankind, academia, government, industry and earn revenue to support our mission efforts."

The day after the interview, Lachocki received a call from the board and was offered the job, which he accepted. Soon after, Lachocki and his family moved to Colorado Springs to take on his new role as CEO of NSPF.

Lachocki said the NSPF's biggest accomplishment is in elevating training and science so that more people will live healthier lives as a result of aquatics and to prevent injury, illness and drowning.

"As a nonprofit, our primary responsibility is to help mankind. As leaders we identify and work on goals years and decades away," he said. "In the last 12 years, over 276,000 people have received over 4 million hours of training to help them keep pools safer, to keep them open, to keep them efficient and to encourage people to continue to participate in aquatic activities."

He added, "There is no way to quantify how many drownings, earaches, skin rashes or more serious diseases, chemical accidents or exposures, suction entrapments, equipment failures, etc., have been avoided. Because those students paid for training, NSPF has been able to cover our expenses and to direct about $4 million to fund research to promote aquatics and to prevent injuries, accidents and pain. These investments have helped initiate programs like the Model Aquatic Health Code, health benefit research to promote aquatics, the Step Into Swim campaign to create a million more swimmers, and many more."

On a personal level, some of Lachocki's most joyful times in life have been spending time outdoors in natural settings. "Hiking, jogging or mountain biking in the shadow of Pikes Peak has been an inspiration. Being able to cross-country ski in my neighborhood park is about as good a way to start a day as I can imagine," he said.

"Living in a land-locked location makes kayaking on lakes, streams or the ocean a rare and wonderful gift. But, when I travel, it's magic to get the opportunity to be on the water. Flying a kite or throwing Frisbees with the kids, having a picnic in the shade with a friend, plunging down a waterslide and many more activities frame some of the most precious memories in my life," Lachocki said. "They would never have happened without a parks profession."

He also is excited to see that parks are investing more in aquatic venues and programming.

"As our society ages and suffers from years or decades of inactivity, helping people become water competent and giving them fun and safer aquatic environments is a way to serve those most in need of physical activity," he said. "The industry aims to preserve health, life and to reduce the chance of chronic illness."

Lachocki believes parks create a tremendous value that allows people to escape to a more natural setting to connect with nature, family and friends in an environment that is ideal for activity.

"We should never forget that humans are animals and being in a natural setting makes people happier," Lachocki said. "Helping make people happier and healthier is an awfully good way to spend the time we are blessed to have on this planet as a career."