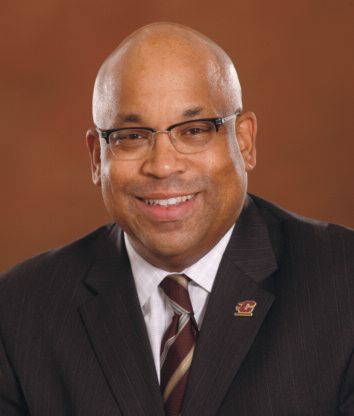 Sports and recreation have been a part of Stan L. Shingles' life since he was a child.

"I guess it's a lifelong story. I grew up in the inner city of Chicago. This is in the early '60s. I was a young kid and fortunate to have recreation as a core part of my life," said Shingles, who is the assistant vice president of university recreation at Central Michigan University in Mount Pleasant, and president of NIRSA: Leaders in Collegiate Recreation, an organization based in Corvallis, Ore., that comprises and supports leaders in collegiate recreation.

Kids in Shingles' neighborhood played street hockey regularly. "[We] played constantly, all day, multiple sports, [even] tackle football with no equipment. It was all pickup stuff," he said. "You watched Chicago sports teams and tried to emulate what they were doing."

Shingles lived five doors down from an elementary school and near a Chicago youth center, which meant sports and recreation were always within reach, including basketball and Little League baseball.

Shingles always was the person, too, who carried out the sports organizing. "I could think through things, and put the batting order and rosters together. I was [only] 7 or 8 years old," he said.

By the time he reached high school, Shingles had to start thinking about what he wanted to do after graduation. He thought about playing collegiate sports. But, ultimately, he said, "I decided to be a college student."

Just like his brothers, Shingles attended Illinois State University in Normal, Ill. There, he earned his bachelor's degree in 1982 and master's degree in 1988 in recreation and parks administration and sports management.

His decision to choose parks and recreation as his career path didn't come until his junior year at ISU. When he was just a freshman in 1977, he first declared business as his major. But it wasn't too long into his first year that he realized business wasn't his passion. By his sophomore year, Shingles changed his major to mass communications, only to change it again in his junior year to parks and recreation—something he realized had been his passion all along.

Not long into the parks and recreation academic program, Shingles realized how motivating the content was.

After college Shingles' career moved forward favorably, with jobs in campus recreation at ISU and at Northern Illinois University in DeKalb, Ill., for a period of time. While at NIU, Shingles received a call from Dr. Tom Jones from Central Michigan University. Jones asked if Shingles would be interested in working at CMU as assistant director of intramurals.

Shingles accepted the job and since then has held other key positions at CMU, including assistant director, director and most recently as assistant vice president of university recreation.

"In August [of last year], I started my 26th year [at CMU]," said Shingles, whose wife, Rene, also works at CMU as a professor, program director and chairs the School of Rehabilitation and Medical Sciences.

Noting how rewarding the job is and how centered the university is on student success and development, Shingles said, "Every year you get to mentor that new group of students. We get to do it through recreation. It's much different than 25 years ago. Today, it's about health and well-being."

Sports and recreation also are a big part of Shingles free time, too. "I'm in my 50s, and I still love to play basketball. I love to walk. I love to travel. And I love to read. Those are my escapes," he said.

In speaking about the goals of NIRSA, he said, "Everything we do in NIRSA is focused on our strategic values, health and well-being. Everything we do is centered on that. That has to be the focus of any president's agenda. It's supposed to be selfless, to lead and direct, but, ultimately, continue to stay committed to the strategic values of the association.