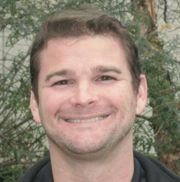 Wesley King, director of aquatics at Galter LifeCenter in Chicago, has loved swimming since he was a kid, spending the summers playing with his younger brother in their in-ground swimming pool in Peoria, Ill., and even volunteering to help build a new waterpark as a teenager.

"The park district in my area [received] funding to build the largest waterpark, [Splashdown Waterpark], in Central Illinois. After school and in between sports I helped build the waterpark," King said.

King eventually became a full-time lifeguard at Splashdown where he worked for five years. At age 18, he was promoted to manager, and returned to the waterpark in that role during his summer breaks from Western Illinois University in Macomb, Ill., where he majored in communications and minored in sociology and marketing. He graduated with a bachelor's degree in May 2002.

Having a love for the water ultimately would take King on a thriving career path, landing a series of jobs in the aquatics industry that would teach him a lot about the business and how to be a leader.

After graduating from Western, King went on to work for a series of different organizations, including aquatic supervisor for the Bernard Winger Jewish Community Center in Northbrook, Ill., from 2002 to 2005. There, he was responsible for overseeing private swim lesson instructors, and other staff programs and services, and helped grow the aquatic department revenue from $1.2 million to $2.75 million in less than three years.

"We established quality programs. It was a big undertaking. There were a lot of lessons learned there. The group of people I managed are still my closest friends today," he said.

King eventually left the Center to work as the aquatic director at High Ridge YMCA in Chicago from 2005 to 2006, where he was responsible for managing all lifeguards, swim instructors and aquatic fitness staff. He also worked as the acting interim director of operations for more than six months, increased enrollment by 50 percent and developed swim lessons for Spanish-speaking people.

"The community of Rogers Park needed it," he said. "My staff was Hispanic. And, it was a need in the community."

After that, King took a job as the aquatic department head for Lifetime Fitness in Skokie, Ill., between 2006 and 2008. There, he was responsible for all day-to-day activities, safety and staffing for the aquatic department. Moreover, he was involved with the mechanical, chemical and operations of all aquatic facility management.

"It was a good experience," he said.

At Mayan Adventure Indoor Water Park in Elmhurst, Ill., from 2008 to 2009, King worked as the aquatic director. He was responsible for the safety of staff and guests of the 24,000-square-foot indoor hotel waterpark, while managing, hiring and scheduling a staff of 75 lifeguards. One of his accomplishments there included creating a complete aquatic departmental operating manual. "[This was an] eye opener on general leadership," he said. "Every minute was hands-on. I was on duty all the time."

At Wilderness Resort in Wisconsin Dells, Wis., from 2009 to 2011, King worked as the aquatic manager, responsible for troubleshooting staff accountability, and creating a universal safety and evaluation program to improve the staff onboarding and training process. King supervised day-to-day operations of seven waterparks and 375 lifeguards and 10 full-time supervisors with emphasis on safety and guest service.

"I was hired on to create a safety training program for the lifeguards with a full-time position. That program is still in use today. It shows how the staff was trained and audited throughout each day. A full package of safety training, to rewards programs, to safety drills," he said. "That was seven waterparks, 10,000 guests on the weekends," he added. "That was fun. I was directly responsible for overseeing my team. It really prepared me for risk management."

Since 2011, King has been working as director of aquatics at Galter LifeCenter, where he oversees department leadership and 45 additional staff members. In addition, he is involved with the Medical Fitness Association and oversees all day-to-day responsibilities of the department.

During his tenure, he said, the center has doubled the volume of revenue and aquatic programs and services.

"I've been here five years. It's been an amazing experience. The Medical Fitness Association put me into a position to maximize my ability to present and educate this industry on the need for quality professional aquatic leadership," he said.

In his free time, King loves going to the park with his wife, Meredith, and their 2 1/2-year-old son, Colby. King praised his wife, who he said has been a major support throughout his career. "My wife has been through all the job changes," he said.

King also admitted to being a "baseball junkie," never missing the Chicago Cubs' opening day each spring. To boot, he continues his enjoyment of swimming having participated in competitive swim events, and enjoys writing poems and songs in his spare time.