The Last Word with… Robert Searns of Greenway Team Inc. 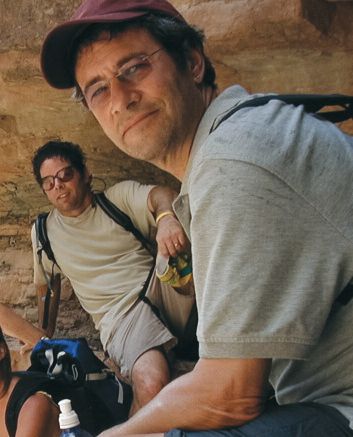 When Robert Searns first became involved in the parks and recreation business, it was more by "happenstance and serendipitous, than it was planned," he said.

"I have always had an interest in the outdoors enhanced by my experience in my teens guiding wilderness canoe trips in the Ontario's Algonquin Park," said Searns, who owns Greenway Team Inc. "I studied economics, law and architecture, and applied those skills to get a job in urban planning in Buffalo, N.Y., with the Erie and Niagara Counties Regional Planning Commission."

One of Searns' tasks there was planning a series of linear parks and trails along the Niagara River. Later on, in 1974, he took a position with the Denver Planning Office where he was assigned to develop plans for Denver's reach of the South Platte River.

"In Denver we developed the concept of the 'Platte River Greenway'—a linear park and redevelopment corridor along the river connected by a hike/bike trail and paddleway. I became project director for the Greenway effort and after a short while, formed a consulting company that contracted with the City of Denver and the Denver Greenway Foundation to implement the greenway plan," he explained.

This would lead to a four-decade career specialty in greenways, trails and open space—planning, design, fundraising and development.

Having been inspired by experiences of "untrammeled wilderness in my teens in Canada," Searns said he has "made it a life's mission to preserve these places and bring these experiences to urban areas."

"After four decades of this work I continue to consult and develop projects. Presently, I am focusing on new iterations of urban greenways and trails that I call 'frontcountryways' aimed at expanding access and use of trails including adapting existing urban infrastructure such as sidewalks and streets for better walking experiences," he said.

"I have been writing and speaking about this concept and pursuing a demonstration project in Denver that includes a 200-mile loop trail around the metro area and closer-in high-quality walking routes," he noted.

During his free time, recreation activities he enjoys the most include hiking, walking, biking and canoeing.

"I still continue these pursuits, especially walking. In more recent years, my wife and I have been taking long walks, having just completed a 200-mile walk around the edges of Metro Denver. We also focus on walking when we travel as a way to experience places and culture. We are planning long distance walking treks in other nations as well," he said.

For those who are just beginning their careers in the parks business, Searns said that for him it was useful to have a passion and mission, and to pick out a niche.

"It was also very helpful to have a range of backgrounds (law, economics and architecture) that helped me address planning and design challenges. If you can, find your passion and pursue it so that every day you do what you love to do," he advised.

However, this includes possibly starting out in more "mundane" positions to "learn the ropes."

"And, even when you do what you love there are still those less-than-enjoyable tasks that need to be done each day—the key is to be purpose-driven," he said. "Always remember why you got into the field and be sure to guide your career in a mindful way that pursues that mission. It's always good to have a niche and specialty if you can carve that out."

In regard to the latest trends in parks and recreation, Searns said the area he has been most involved in lately has to do with outdoor places that promote fitness and health on physical, mental and spiritual levels.

"I am very concerned about the growth of ideologies aimed at 'privatization' of public lands and places. I am working to preserve publicly accessible open spaces," he said.

"In the face of budget challenges, loss of open spaces to development and actions by some elected officials in Congress and other jurisdictions deleterious to public lands, I am dedicated to preserving open spaces, particularly those accessible to urban dwellers," he said. "I believe we all need to work toward promoting broader engagement in outdoor walking, biking, hiking, paddling and other human-powered activities.

"We need to promote a sense of stewardship on the part of citizens and our leaders to preserve, protect and expand this priceless irreplaceable public lands legacy," he added.