The Last Word with… Adam Katchmarchi

When Adam Katchmarchi was in high school, he dreamed of becoming a television news journalist. "I was dead set on following through with that dream, until I took my first lifeguarding course," said Katchmarchi, who is the new president of the National Drowning Prevention Alliance (NDPA). 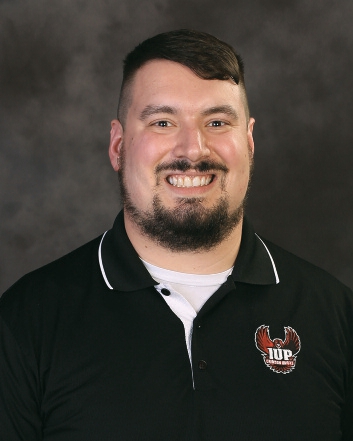 As a child, Katchmarchi spent his summers at the local pool. "I would watch the lifeguards and always thought that it would be fun to spend a summer or two lifeguarding when I was old enough," he said.

At age 15, Katchmarchi took his first lifeguarding course. After he passed, he took a job at a local pool in Reynoldsville, Penn., which was operated by the local parks and recreation commission (Reynoldsville Recreation Commission). "I fell in love with the job. I quickly became a head lifeguard and eventually spent a summer as the pool's assistant manager after my senior year of high school," he said.

At that point he decided that he was not going to go to school for journalism, and switched his focus to health and physical education. "[I] chose to attend Slippery Rock University solely to work with Mr. Robert Ogoreuc and go through their aquatics program," he said, adding that while he was in college he worked as an American Red Cross instructor and eventually obtained his Instructor Trainer certifications, coached a local swim team and led the local learn-to-swim program.

The program, run by Slippery Rock Parks and Recreation, had a long history in the community, but was not doing well at the time. "I decided to try and turn it around, and within two years we reached record numbers of students in the program," he said.

From that point forward, Katchmarchi knew two things: He saw the value of parks and recreation to a community; and he wanted to teach others how to build successful programs.

So, he decided to go to school to earn a master's in Sport Management at Indiana University of Pennsylvania (IUP) as well as a Ph.D. in Kinesiology at West Virginia University. "Now, I am an instructor in the Kinesiology, Health and Sport Sciences Department at IUP as well as the aquatics director," he said.

In this role, Katchmarchi said he not only has the privilege of preparing the next generation of aquatic professionals to work in the recreation field, but also of leading aquatic programming to give students first-hand experiences and provide the community surrounding the university with programs.

His leadership skills extend to his new role as president of the NDPA, too. Just prior to this, Katchmarchi was the organization's vice president.

As president of the NDPA, Katchmarchi said he is a big believer in collaboration. "My personal belief is that when you have a complex problem such as drowning, there is no single quick, easy, simple solution that is going to fix the entire problem," he said. "Drowning itself is a complex problem with many working variables. When you factor in all aquatic injuries, in all bodies of water, it is an enormous problem. What drew me to NDPA initially was one simple word in the organization's name: alliance.

"My goals as the newly elected president of NDPA focus on building a stronger alliance. The NDPA already works with amazing and dedicated members and partners, and I want to focus on bringing more people and organizations into the alliance," he said. "We have an unbelievable group of families that the NDPA partners with who have all been affected by a drowning."

The group works under the title of Families United to Prevent Drowning, and has turned tragedy into advocacy. "Each year, all of the NDPA board members meet with the families in a private gathering at our conference, and they share their stories. It is the most difficult event on my calendar each year," he said.

"My long-term goal is to work with the NDPA, its members, partners and sponsors to find ways in which we can collaborate [and] … reduce drowning and aquatic injury," Katchmarchi said.

His goals and dedication for the aquatics industry echo what he advises his college students and those just beginning their recreation careers. "My advice is the same advice I give my college students on a daily basis: Love what you do.

"You have to wake up every day enjoying what you do. If you don't love it, it isn't the right job for you. I travel a lot with my role in the NDPA, and the part I most enjoy is getting to meet so many people in the recreation industry," he said.

"I have never met such hard-working and dedicated people with a purpose who love what they do," he added. "Talk with others, network, learn and, most importantly, listen to each other."

In addition to his love for the job, Katchmarchi enjoys swimming and being outdoors in his free time.

"Nothing is better than spending a day enjoying the local park and especially the aquatic facilities," he said. "I recently adopted a new rescue dog named Mr. Boone. I would now say my favorite recreational activity is taking him to the park and enjoying the water with him. Our favorite activity this summer was floating on a lake in a canoe."