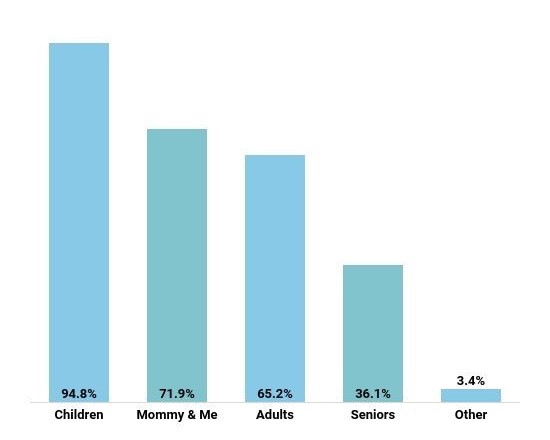 More than eight out of 10 respondents to the Industry Report survey from Ys with aquatic facilities said they currently provided learn-to-swim programming (90.9%), lifeguard training (89.2%) and water safety programming (81.1%), making Ys the most likely to offer all three types of programming.

After Ys, the facility types most likely to provide lifeguard training include: colleges and universities (80.6%), schools and school districts (77.8%) and parks (73.4%).

Water safety training was a less commonly offered program for most respondents when compared with Ys. More than half of respondents from parks (61.7%), schools (61.1%), rec centers (55%) and health clubs (54.5%) said they currently offer water safety programs.