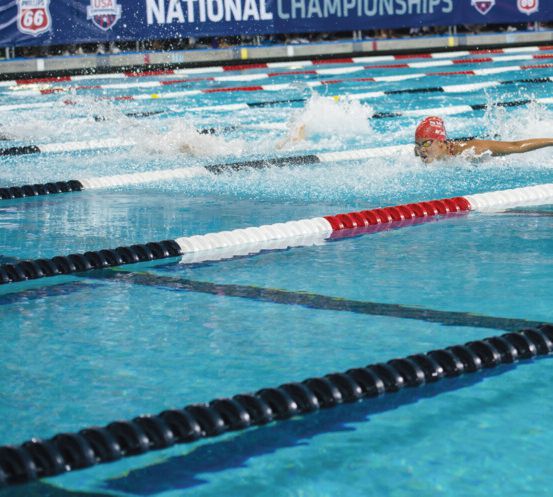 According to the U.S. Census Bureau, there were 56.7 million people in the United States with a disability in 2010. That represents 19 percent—nearly one-fifth—of the population. This includes both physical and mental impairments that have an impact on major life activities.

Also in 2010, the Americans With Disabilities Act (ADA) Standards were updated with new requirements for swimming pools. As stated on the ADA.gov website, "People with disabilities were, for too long, excluded from participating in many recreational activities, including swimming. The revised 2010 Standards change that. For the first time, the 2010 Standards set minimum requirements for making swimming pools, wading pools and spas accessible."

Broadly speaking, the requirements cover commercial swimming pools, including public pools run by municipalities and school districts, as well as private pools, such as those in hotels. The rules require that pools with more than 300 linear feet of wall need to include two means of access, one of which must be a fixed pool lift or sloped entry. Pools with less than 300 linear feet of wall only require a single means of access, but that must be a lift or sloped entry.

Eight years later, awareness of the requirements, as well as compliance with the rules, is high, according to data collected in our Aquatics Industry Report. 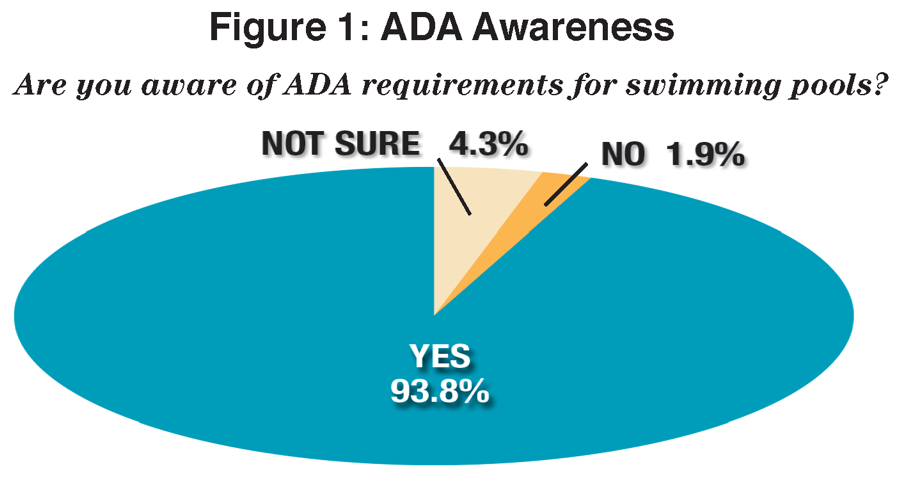 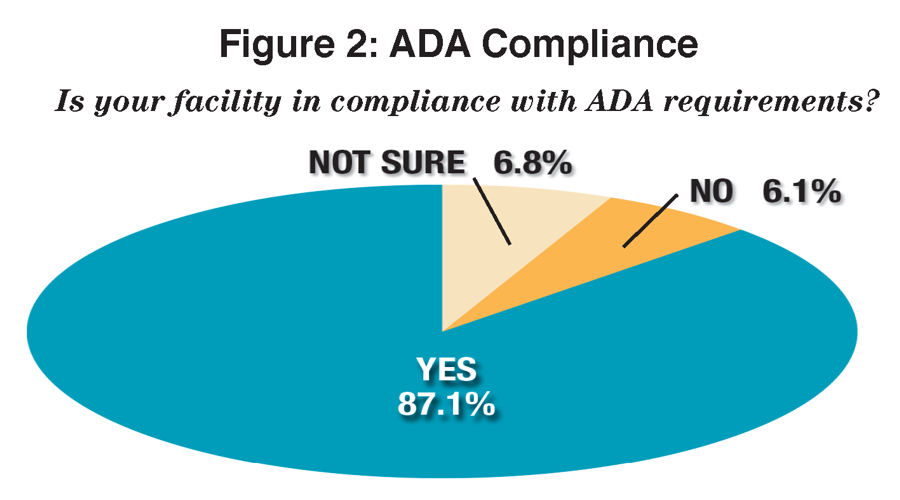 Of course, simply providing access to the water for people with disabilities is only one step toward fully inclusive aquatics. Programming provides another way to reach out to this audience and encourage participation in aquatic activities. 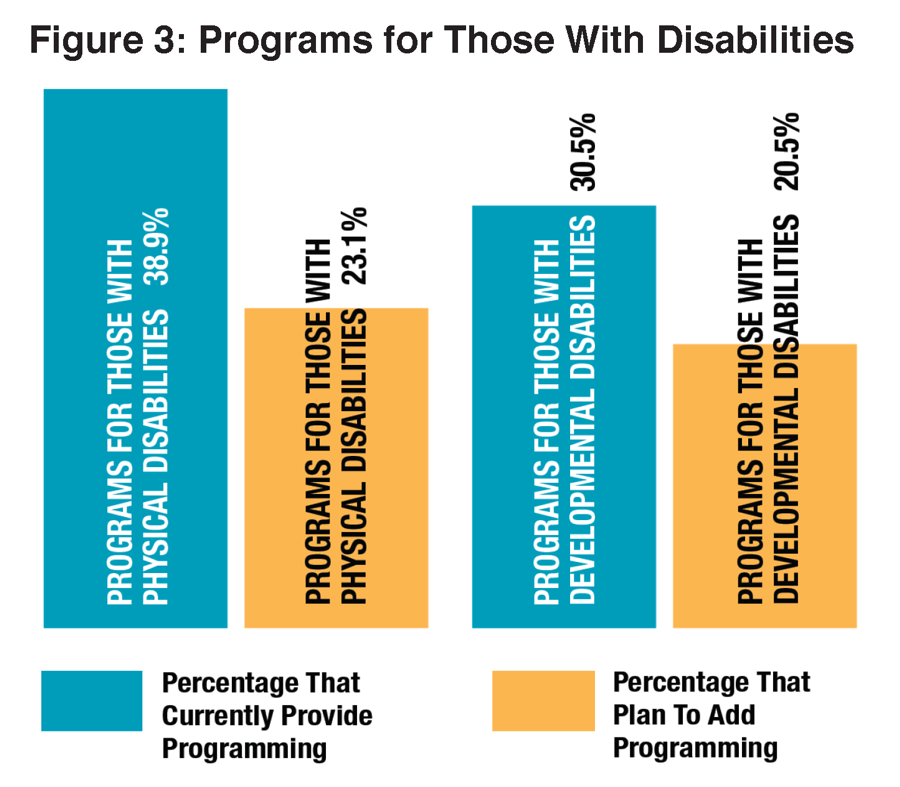