Waste Not, Want Not 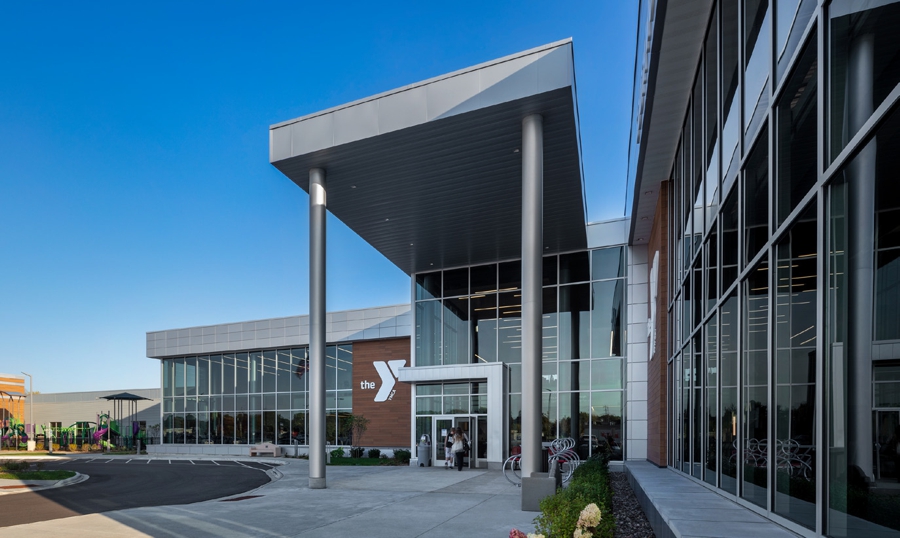 We all know the adage, "Reduce, reuse and recycle." And when it comes to architecture and designing recreation facilities, these strategies have long been in play. Reduce waste. Reuse materials. Recycle what you can.

In architecture, adaptive reuse means taking an existing structure and repurposing it, bringing new life to buildings that might otherwise stand empty. From former churches and theaters to former retail and industrial sites, many cities and towns are home to these kinds of opportunities—if we can just see them that way.

"With recent construction industry news focusing on inflation and supply chain as highly disruptive forces, adaptive reuse projects could be a way for facility owners/managers to partially manage project timing and cost risks," said Kevin O'Donnell, vice president and marketing manager for Zimmerman Architectural Studios Inc. in Milwaukee, Wis. He added that" disruption to the supply chain has caused shortages and long lead times in most all major building structure materials, including steel, concrete and wood. Repurposing existing buildings can alleviate some of those risks by reusing structure, and envelope (roof and walls) where possible."

"You're salvaging a good part of your exterior shell, structural steel and concrete," explained Brian Hatzung, AIA, LEED-AP, vice president and Recreational Facilities studio director for Zimmerman. "Today, those things—and particularly structural steel—are inflated in price and hard to get in time for whatever your construction timetable is. So reusing an existing building allows you to mitigate some of those price increases and schedule challenges that the market has right now."

In addition, Hatzung touted the ability of adaptive reuse projects to reinvigorate the communities immediately surrounding those currently-empty buildings. "Reusing an existing structure, particularly in an urban area that is suffering from blight, is bringing a new use—a new vitality—to that part of the community. It can totally transform a downtown. What was once an eyesore is now an extraordinary, vibrant part of the community."

The discussion is far more than academic for Hatzung. He's put it into practice for two Wisconsin YMCAs, transforming a former department store and an industrial building into vibrant new facilities.

YMCAs are perfect candidates for such reuse projects, which dovetail nicely with the organization's mission. "Some of the things that are front and center are sustainability and being good stewards, so they're synergistic with the Y mission," O'Donnell said.

"I would think there's a lot of dark retail out there in suburbs and city centers," Hatzung said. "Those businesses aren't surviving, but a lot of that infrastructure still has good bones, but needs a fresh look at how it can be repurposed."

Still, care must be taken.

"It depends on what's going into the space," Hatzung said. "When it comes to building with existing column grids designed for one purpose, if you're going to be putting a different use in there column spacing is a big thing to look at. For example, when putting a pool or a gymnasium into an existing retail space, you'll have to deal with column locations. So, you have to find the right uses to go into those dark retail spaces and then add on spaces to accommodate the bigger components."

That's jut what he did for the South Wood County YMCA. "The spaces we retained from the existing mall building were infilled with components that could accommodate a tighter column grid—so, classrooms, childcare and a game room were integrated into existing mall space and saved a considerable amount of concrete and steel," Hatzung said. "Those kinds of uses where there's some smaller spaces work out well in a dark retail location."

The gymnasium and swimming pool spaces were added to the existing structure. "Where we added the gym and pool and locker rooms, those spaces need clear spans. There's a lot going on under the floor with a swimming pool. So it didn't make sense to cut up existing floor slabs. Finding that right balance of what you save and what needs to get scrubbed from the project entirely is important."

In addition to existing pillars, non-existent windows are often a challenge in dark retail spaces. "The exterior walls tend to be pretty solid," Hatzung said. "There's not a lot of windows in a department store. So if you're putting in a use that requires windows, you have to consider how and where you cut those."

Open since June 2020, the South Wood County YMCA features a complete range of amenities, providing the Y's storied programming to the community, from fitness and wellness to aquatics, childcare and more.

"I would venture a guess that most residents of Wisconsin Rapids wouldn't remember that that's where they used to go shopping for cardigans and sweaters," Hatzung said.

The former Stateline YMCA was built in 1964 and had been expanded several times over its lifetime, eventually becoming less efficient and confusing for members, with a variety of floor heights and peculiar circulation routes.

Moving the YMCA into the Ironworks building only modestly expanded the overall square footage of the facility, but significant gains in usable space were achieved through a more efficient and improved design layout, allowing the Y to better provide expanded program offerings.

In this case, preserving some of the characteristics of the historic structure was an important design goal.

"That building has considerable steel and grid characteristics, so you'll notice that it has a very industrial feel for a Y, with exposed columns, exposed metal deck and lots of exposed steel," Hatzung said.

"Everything in Stateline was put inside an existing structure," he added. "We had steel columns and a steel roof deck, so we excavated the floor for the pools and locker rooms. The whole concrete slab was removed."

The new YMCA includes the typical broad array of offerings found at your local Y, including an early education center with a fully licensed childcare and preschool center, a wellness center, a nutrition education space, a yoga studio, a multipurpose room used mainly for group exercise, a full-size gymnasium, a warm-water recreational pool with a waterslide and other features, and a cooler lap pool.

"It was a great historic building on the river downtown that was previously unused, and now it's a vibrant part of the community," Hatzung said.

Both former Ys had seen multiple additions over time, creating circulation problems that deflected from the mission of the Y.

"South Wood was consolidating two into one facility, so a number of efficiencies were achieved," Hatzung said.

Gym spaces and fitness spaces had been added to the existing facility over the years, he added. "It just became sort of spaghetti in terms of how you navigated the building. They'd put an appendage on wherever it fit."

"One of our big design goals, particularly in YMCA design, is establishing a fundamental transparency in the facility and a common circulation spine—an organizational principle that allows a membership director of YMCA administration to take prospective members and donors through the facility and show them everything they have to offer from one or two spots in the center," Hatzung said. "You can see all these great assets of the building from one place, and that is kind of the fundamental design goal that we have.

"In both of these projects, they have that central spine. You can come into the building and get a good sense of what's available to you," Hatzung said. "They're much more efficient. When members are coming in, they can imagine shooting hoops or spending time with their family in the natatorium, taking a spin class—all those activities help the YMCA sell those memberships."

He added, "Supporting and enriching the community is one of the pillars of the Y. These two projects illustrate two different approaches to the transformation of the building. At Stateline Y, the exterior remained much the same, although enhanced, and you maintain the original historic character of that structure, whereas the South Wood County Y was totally transformed."

If you're considering pursuing this type of project for your facility, Hatzung said it's important to find a team that's experienced in adaptive reuse.

"There's a point at which an existing building is beyond feasibility to salvage, so finding where that line is and determining if it's worth the investment is important.

"There's a lot of heavy up-front work you have to do, so definitely getting your team—the owner, architect and construction manager—together to vet design, vet pricing and make sure you are moving forward incrementally with a clear understanding on costs and ROI is critical.

"There's just so many nuances to saving an existing building." RM